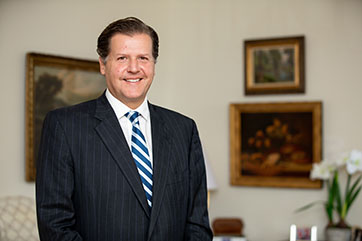 W. Taylor Reveley, IV became the 26th president of Longwood University in 2013. A scholar of the U.S. presidency, he previously served as the managing director of the University of Virginia’s Miller Center, a leading nonpartisan institute, and as the coordinating attorney for the National War Powers Commission, co-chaired by U.S. Secretaries of State James Baker and Warren Christopher. He began his career as an attorney with Hunton & Williams. Full Bio 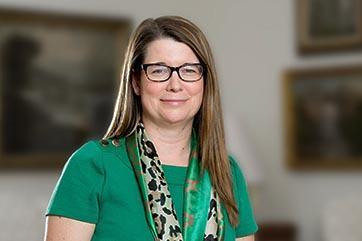 Larissa M. Smith is the University’s Provost and Vice President of Academic Affairs. In this role, she is chief academic officer and is responsible for Longwood’s five academic colleges, Greenwood Library, academic programs, and outreach centers.

Smith has been at Longwood since 2000. As a professor of history, she specializes in 20th century African-American history, history of the U.S. South, and Virginia history. She serves as university liaison to the Moton Museum, Virginia's only civil rights National Historical Landmark, located in Farmville. She also was the lead historical consultant for the museum’s award-winning exhibit “The Moton School Story: Children of Courage,” which opened in April 2013, and authored the exhibit guide.

Prior to becoming Provost, Dr. Smith served as Associate Provost for Outreach and Initiatives, in which she worked closely with the Longwood Center for the Visual Arts, the Moton Museum, and Hull Springs. From 2014-2016, she served as vice-chair of the Academic Core Curriculum Committee, which led the development of Longwood’s new general education curriculum, called Civitae. She also chaired Longwood’s Faculty Senate from 2010-2013. She holds an undergraduate degree from the University of Virginia and an M.A. and Ph.D from Emory University. 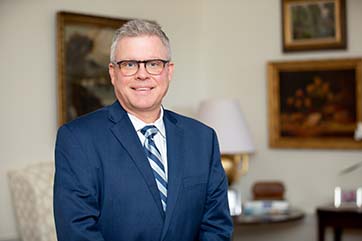 Tim Hall came to Longwood as Director of Athletics in August, 2022 following 15 years as a Division I AD, and broad-ranging service at the NCAA and conference levels.

Previously AD at Southern Illinois-Edwardsville, University of Maryland-Baltimore County (UMBC) and the University of Missouri-Kansas City, Hall has served as chair of the Joint Council of Athletics Directors for the Ohio Valley Conference, America East Conference and Summit League. He has deep experience working with university-wide partners and a strong track record of supporting student-athlete academic success.

In 2011, Tim was appointed as a member, and later chair, of the NCAA Committee on Women’s Athletics. During his tenure at UMBC, the university opened a $90-million arena and made history in 2018 as the first 16-seed ever to beat a #1 seed in the NCAA Men’s Basketball Tournament, defeating the University of Virginia 74-54. 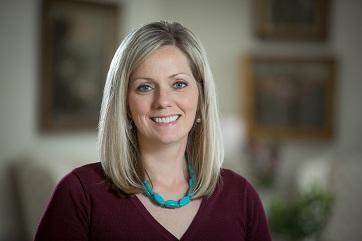 She has served as a gift officer at Longwood for more than a decade, including as a major gift officer during the University’s recently completed $41 million capital campaign.  She was appointed to her current position in 2015. Prior to coming to Longwood, she worked for the United Way of Greater Richmond and Petersburg.

A graduate of Randolph-Macon Woman’s College, she also received a master’s degree in public administration from Virginia Commonwealth University. 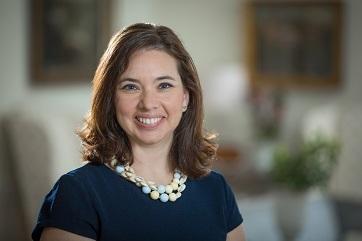 Victoria Kindon is Longwood’s vice president for strategic operations and CIO, overseeing the University’s efforts to improve retention and graduation, as well as admissions, alumni engagement, university marketing and communications, and technology.

Prior to her arrival at Longwood in 2013, she was a leader at technology firms that provided solutions and strategy for national and regional political campaigns, nonprofits and businesses. Her work with presidential campaigns in particular helped transform constituent engagement across the nonprofit and political sectors. Her areas of expertise include strategic application of data analysis and data integration, fundraising and marketing. 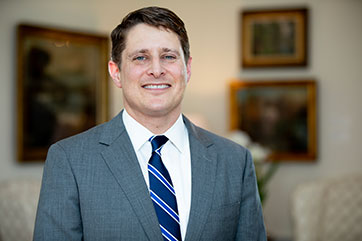 Cameron O’Brion is University Counsel for Longwood University and Senior Assistant Attorney General for the Commonwealth of Virginia.

He provides legal advice and representation to the Board of Visitors, executive officers, administrators, faculty and staff.  He also serves as an adjunct professor teaching a course in constitutional law. Prior to joining Longwood, he was an Assistant Attorney General for the Virginia Office of the Attorney General and worked in private practice.  He began his role at Longwood in 2012.

He received a bachelor’s degree from Gettysburg College and J.D. from Georgetown University.

Vice President for Administration and Finance 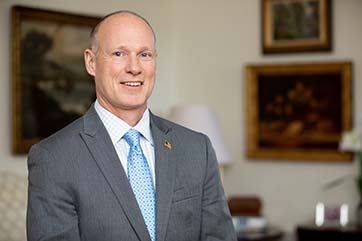 McGregor came to Longwood University in 2005 to oversee the opening of the Health & Fitness Center and the development of the Wellness Unit on campus. In 2020, he was appointed the incident commander for the campus response to Covid-19. He then moved to business operations, where he led cashiering and student accounts, accounting and financial reporting, materiel management, parking services and Lancer card services. In this role he was also the contract administrator for many of the major contracts/partnerships on campus. 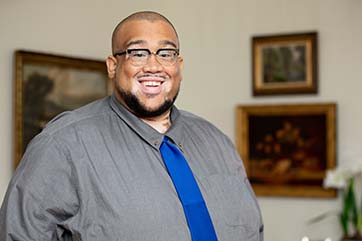 Cameron Patterson ’10 is the Managing Director of the Robert Russa Moton Museum (Moton), a National Historic Landmark, that preserves and constructively interprets the history of Civil Rights in Education, specifically as it relates to Prince Edward County and the leading role its citizens played in America’s transition from segregation towards integration.

Since joining Moton in January of 2017, Cameron has led efforts to grow staffing support, increase Moton’s presence across the Commonwealth, solidify a thriving partnership with Longwood University, increase programs, and expand resources for young visitors. Professionally Cameron is actively involved as a member of the Virginia Museum Association and the American Association for State & Local History, where he takes an active interest in promoting museum advocacy efforts at all levels of government.

Before joining Moton, Cameron worked in numerous roles within Student Affairs at Longwood University. Actively involved in the local community and across the Commonwealth, he was appointed by Gov. Ralph S. Northam to serve as a member of the Virginia African American Advisory Board. Cameron also serves as a member of the State Board of Directors for the Virginia Center for Inclusive Communities, Vice Chairman for the Farmville Area Chamber of Commerce, Vice Chairman for the Farmville Planning Commission and the Prince Edward Christmas Mother.

A Lynchburg, Virginia native, he graduated from Longwood University with a bachelor of science degree in history, and a master's degree in counselor education.

Vice President and Chief of Staff 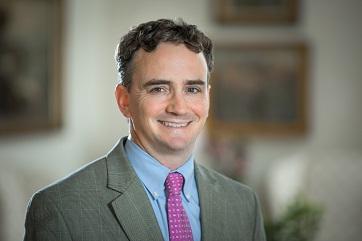 Justin Pope is vice president and chief of staff to President Reveley, leading strategic initiatives and communications in the president’s office, as well as overseeing day-to-day operations.

Prior to coming to Longwood in 2013, Pope was one of the nation’s leading education journalists. From 2004-2013 he was a national higher education reporter for The Associated Press, where his work won awards from groups including the Education Writers Association, the AP Managing Editors Association, the Headliners Club and the United Nations. During the 2010-2011 academic year, he was a Knight-Wallace Journalism Fellow at the University of Michigan. He has served as a judge for the Education Writers Association national awards contest and is a member of EWA’s Community Member Advisory Board. He has written about higher education and other topics for publications including Atlantic.com, The Washington Post, The Chronicle of Higher Education, and MIT Technology Review.

Visit the
President's Office
on www.longwood.edu

Office of the President